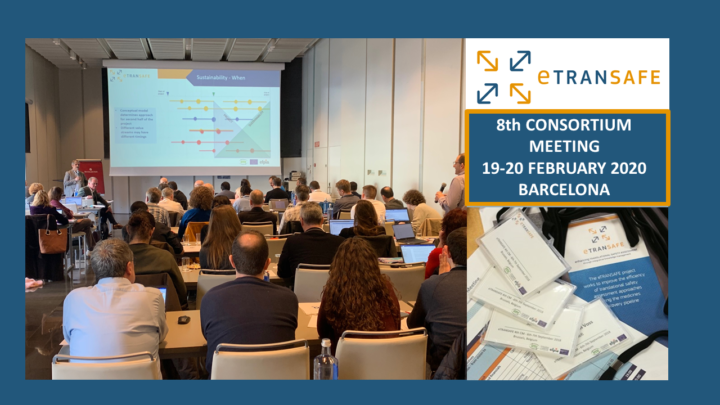 The 8th eTRANSAFE Consortium Meeting was held in Barcelona, Spain on February 19th and 20th, 2020 .

More than 70 delegates of the eTRANSAFE consortium attended the two-day meeting to discuss the progress of the project.

The Mid-Term Review, which is planned in early March, centered the discussions, being its preparation the main focus of all the ongoing work. All sessions were addressing its main achievements and next steps in preparation of the important Review meeting.

On the second day, an initial debate on Sustainability was held, followed by a workshop to define a User story in the drug development pipeline.