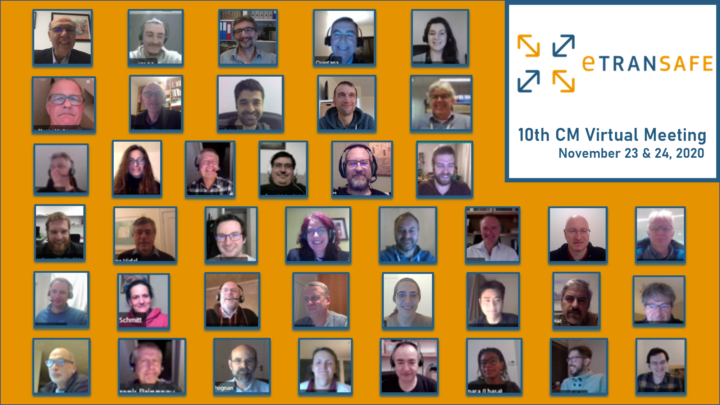 The 10th eTRANSAFE Consortium Meeting was held as a virtual conference on 23-24 of November 2020.

Eight sessions were held during the two-day meeting and more than 120 eTRANSAFE consortium members joined the discussions held on data sharing and standardisation, text mining and modelling as well as presentation and use cases given on the different tools developed within the project.

A DEMO of the recently developed Clinical database was also presented as a late-breaking news session, bringing the project one step closer to its translational objective. The project SAB members were actively involved in the discussions, conveying their feedback and recommendations regarding the progress and future endeavours towards the last 2 years of project. A follow-up on the action points stemming from the different sessions was commenced after the meeting and will continue as an ongoing activity.